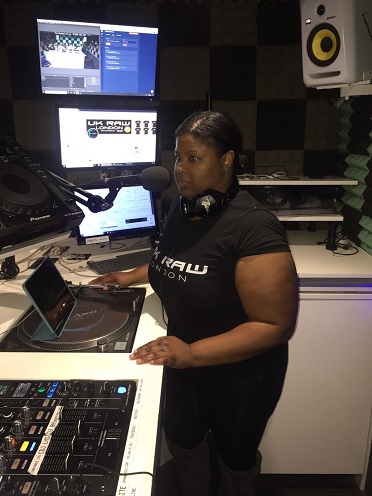 Hayley Ja’e Raised in London and from Trinidad and Tobago Heritage.
The name , The lady behind Many was established due to Hayley Ja’e having so many Talents and experience in several industries and wearing so many Different hats.

Originally studied and from a Performing Arts background along side Media Studies. Hayley Ja’e continued to Sing, Act, Dance and compose, Music etc.. Playing also for several steel bands over the years From Metronomes steel band, Panecktar and Pantonic playing professionally with Professor Ken Philmore and others also from a young age Hayley Has always been involved in The Notting Hill Carnival since she can remember with influences from her Trinidad Culture and her Family Members such as her father, mother , aunty Karen Eccles and Uncle Alex Pascall OBE who was heavily involved in the Notting Hill.

Later on Hayley Ja’e Progressed into business management where she loved travelling and decided to go into Travel , leisure and Tourism where she was for many years.
Hayley Ja’e then went into Health and Social Care and was in this industry for quite some time even Rapping up an award at the Great British Care Awards in 2014 for putting people first and she was the only one to win in her category from the south east. Hayley Combined Health and Social Care with Personal Training and Gained a further Degree in these areas.
Hayley Studied an gained her Qualifications In education and training and also assessing so she could Teach people what she was an expert in.

Hayley Ja’e often hosts on stage which she absolutely loves she had the pleasure to host and introduce The Trinidadian Artist Iwer George.and has also interviewed quite a lot of people and just to mention some names one of which is
50 Cents Tour DJ , DJ Chubby Chub. And also Fadda Fox another Soca Artist.

Hayley continues to do voice overs for people and has been Featured in quite a lot popular Television series and commercials in 2018 and 2019.

Hayley Ja’e and her Partner Mr General Have been on several Radio Stations and have enjoyed their time entertaining people.
Now On UK Raw Hayley Ja’e Hosts show with Her Partner
Mr General International Tour DJ with their shows
RAW breakfast Every Monday 10am- 12pm and
Heavy Freestyle show Wednesday 4pm -6pm.